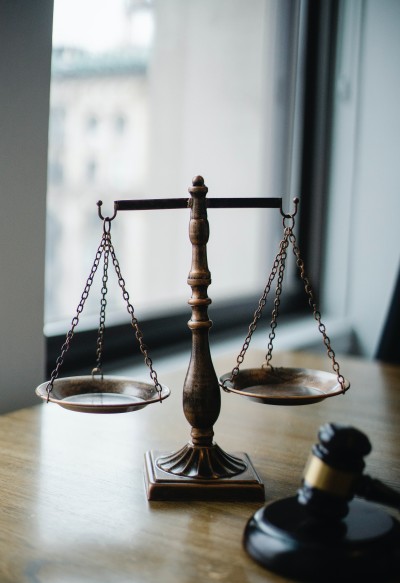 "The Supreme Court appears to be grappling with the prospect of its own mortality as a legitimate institution."

The Supreme Court appears to be grappling with the prospect of its own mortality as a legitimate institution. A recent Gallup poll shows that the Court has a record low approval rating of 40 percent,[1] and the current bench seems to have taken notice. Recently, members of the Supreme Court bench have been making the rounds at speaking engagements before the start of the October term and seem adamant to use these public platforms to defend the legitimacy of the Court.

Promoting a new book titled The Authority of the Court and the Peril of Politics, Justice Stephen Breyer has emphasized in recent interviews that the members of the Court are not “junior league politicians,” and insists that while they are appointed through the political process, they do not allow political influence to cloud their judgment.[2] Justice Amy Coney Barrett expressed similar sentiments in a recent speech at the University of Louisville’s McConnell Center, stating that those who view the Court as a partisan institution are simply wrong.[3] Justice Clarence Thomas recently hit back at detractors during an event at the University of Notre Dame, stating, “[t]hey think you’re for this or for that. They think you become like a politician. That’s a problem. You’re going to jeopardize any faith in the legal institutions.”[4]

It’s one thing to make these claims publicly, and to some degree, it’s what is expected from the Justices. But how well does it square with the recent history of the Court, or for that matter its history for the last four decades? The Reagan administration wanted to radically shift the judiciary towards a more conservative disposition by aggressively advocating for the philosophy of judicial restraint.[5]  For the most part, President Reagan was successful, with Justice William Rehnquist being confirmed as Chief Justice following the retirement of Warren Burger under only moderate scrutiny, and Sandra Day O’Connor and Antonin Scalia easily confirmed by unanimous votes in the Senate.[6] However, the nomination of Robert Bork following the retirement of Justice Lewis Powell proved less successful, with six Republicans joining with all but two Democrats to reject his nomination.[7]

Some view the failure to appoint Bork as “the moment that the scales fell from conservative eyes” regarding a shift towards a confirmation process instead based “purely on ideology.”[8] However, this view drastically underemphasizes some of Bork’s legitimately concerning public views on important issues, among them an extremely narrow understanding of First Amendment protections, criticism of the Civil Rights Act of 1964, and an outspoken desire to reverse Supreme Court decisions invalidating the use of poll taxes and affirming rights of access to contraception and abortions.[9] Had he been seated on the Court, Bork would likely have set out to do the very judicial activism he supposedly decried, potentially tearing down a decade’s worth of civil rights jurisprudence under the Warren court simply because Reagan nominees gave the conservative Justices enough votes to do so.

The rejection of Bork’s nomination has had a cascading effect on how future conservative appointees view their own confirmation processes, the main result suggesting a lingering taste of partisan bitterness. One example of this is when, two years after his confirmation, Justice Clarence Thomas told his law clerks that he planned to stay on the Court until 2034 because, "[t]he liberals made my life miserable for 43 years, and I'm going to make their lives miserable for 43 years."[10]

Now, decades later, conservatives will soon have an opportunity to strike a killing blow to a nearly fifty-year precedent in Roe v. Wade which was mostly reaffirmed nearly thirty years ago in Planned Parenthood v. Casey.[11] They are in a position to do so precisely because a Republican-controlled Senate held a seat open for almost a year when a Democrat was in the White House to let “the American people weigh in.”[12] They then turned around four years later and filled a seat mere weeks before the Republican in the White House would ultimately resoundingly lose his reelection campaign, giving him the chance to nominate three Justices with lifetime appointments in one four-year term. All five Justices who ruled for the state of Texas in Whole Woman’s Health v. Jackson[13] are or were members of the Federalist Society[14], a group that serves as a funnel for promoting conservative idealogues to the bench.[15] There is no world in which this scenario realistically happens without partisanship and politicking, regardless of what you might hear from the cliff notes of distinguished lectures and book tours. If the Court faces a legitimacy problem in the near future, it will be one of its own making.